The 16 km cycle path is located next to Jumeirah Beach and the Dubai Roads and Transport Authority (RTA). Besides King Salman bin Abdul Aziz Al Saud Street near Dubai Internet City, it connects with Jumeirah Street near Dubai Water Canal. Several Dubai localities up to Al Qudra area are connected to the current cycling network that extends 520 km from Etihad Museum to Dubai Marina.

This project was built to improve the wellbeing of the city, make people happier and migrate into sustainable transport means. A bicycle-friendly city entails providing suitable options for people to practice cycling. By realizing Dubai Urban Plan 2040, the project contributes to making Dubai the best city in the world to live in. 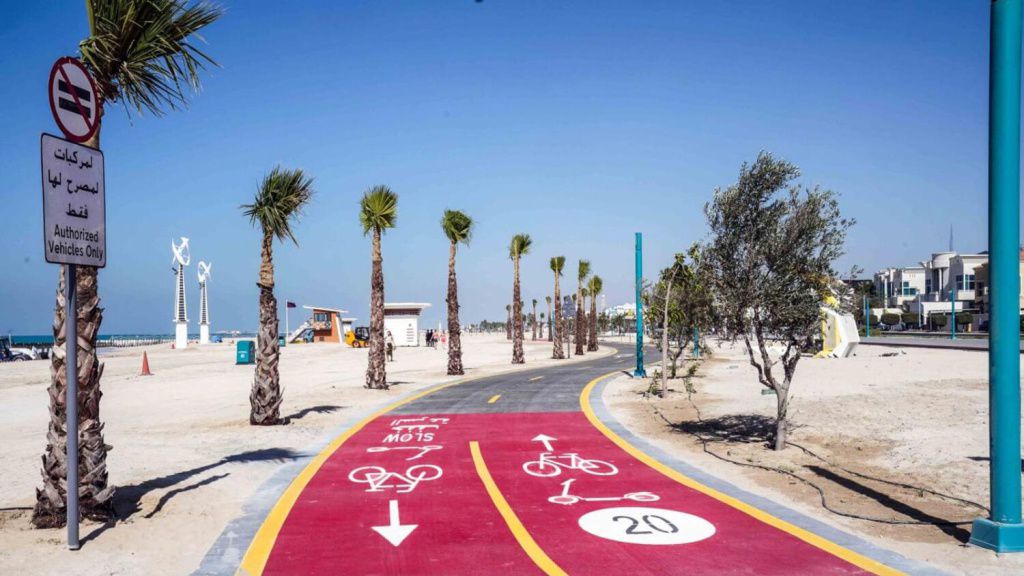 In its effort to promote sports and recreational activities, the Dubai Government is introducing a cycling track at Jumeirah Beach that will raise the level of living in the emirate. Especially for medium travel and first- and last-mile journeys, it is helpful for improving access between development projects and attractions.

Runners and walkers will also be able to use the existing walking and jogging tracks that extend from Dubai Water Canal to Umm Suqeim Park along the new four-metre-wide cycling track located alongside Jumeirah Beach. Dubai Internet City lies along the second sector of the track, which runs alongside Jumeirah Street.

Jumeirah Beach’s track provides access to several hotspots that include Sunset Mall, Open Beach, Dubai Sailing Club, Kite Beach, Umm Suqeim Park and Burj Al Arab. There are various service facilities along the beach, which the public can use, for practicing cycling. It is classified as a mobility, sports, and entertainment track with a speed limit of 20 km/h,.

Cycling tracks linking all key areas of the emirate are scheduled to be constructed at Jumeirah Beach as part of a master plan. A total length of 739 kilometers of cycling tracks is planned for the emirate as part of the Master Plan for Cycling Tracks 2026. By linking Jumeirah, Al Sufouh and Al Marina with Al Qudra, and Saih Al Salam via Al Barsha, Dubai Hills and Nad Al Sheba, it intend to link coastal areas, such as Jumeirah, Al Sufouh and Al Marina. 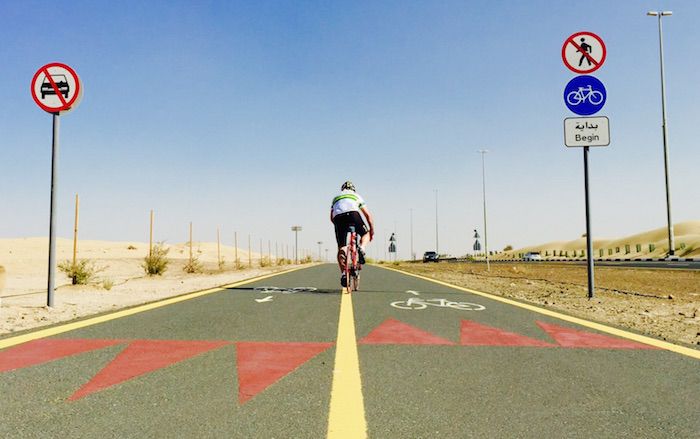 It is important that cycling tracks are designed, constructed, and speed limits are set in accordance with the most recent international standards and technical guidelines. Moreover, it is customized according to the locality and tracks' classification. As a result, residents and visitors are encouraged to practice cycling so that it will become a sustainable and alternative mode of transportation for the first and last miles of a journey.

Until now, 520 kilometers of dedicated cycling tracks have been constructed. As part of its plans to connect various public transit means in Dubai with vital areas, the RTA intends to increase the total length of cycling tracks to 739 km by 2026.